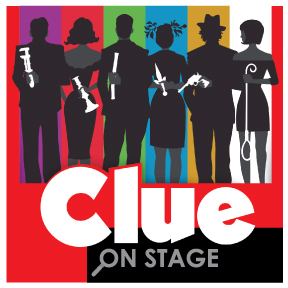 It’s a dark and stormy night, and you’ve been invited to a very unusual dinner party. Murder and blackmail are on the menu when six mysterious guests assemble at Boddy Manor for a night they’ll never forget! Was it Mrs. Peacock in the study with the knife? Or was it Colonel Mustard in the library with the wrench? Starring Ray Wills as the “Butler.”

Based on the screenplay by Jonathan Lynn.
Written by Sandy Rustin  with additional material by Hunter Foster and Eric Price.
Based on the Paramount Pictures Motion Picture based on the Hasbro board game.