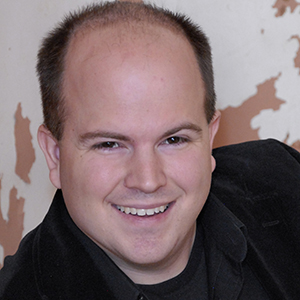 Ben earned his BFA in Technical Theatre and Design from Wichita State University and has been working locally in the Wichita theatre community ever since. Ben served 10 years as the Production Stage Manager for the Wichita Symphony Orchestra and has worked on 21 Seasons of Productions with Music Theatre of Wichita. Some of Ben’s national credits include Programmer – Titanic National Tour, Designer – Bernadette Peters in Concert, Lighting Designer – Aspen Community Theatre, Lighting Designer – Rob Thomas and Production Steward – Super Bowl Live. Ben serves as Resident Designer at The Forum Theatre. He is a triple Mary Jane Teall award winner. Since 2002 Ben has been a proud member of the local Stagehands Union; I.A.T.S.E. Local 190, where he serves as Business Agent and oversees all contract negotiations for the Union. Through the local he has worked on major touring productions for every type of performance from Cirque Du Soleil to Tim McGraw. When not working in the Arts he runs a Disney Travel business connecting people with their Dream Disney Vacation. Ben has always found joy in connecting people to the arts.