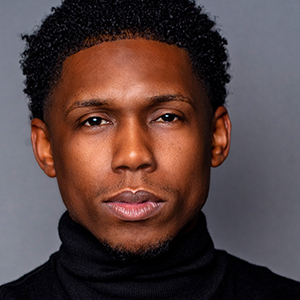 AARON PROFIT is the Associate producer at the Forum primarily responsible for the overall visual attributes of each production.   He is one of the founding members of The Forum having been a member of the artistic team since 2011.  He holds an Associate Degree in Liberal Arts from Butler Community College where he studied theatre and art on a scholarship.  After graduation, he was awarded the Hall of Fame Achievement Award.  Prior to his association with The Forum, he was the head designer in the Special Event Department at The Design Center in Wichita.  A trip to Chicago and the experience of seeing the Broadway tour of The Color Purple in Chicago changed his theatrical life, inspiring him to approach each production with an eye for quality and story-telling through the visual aspects of a production.  A multiple Mary Jane Teall Awards nominee and winner for both Property Management and Acting, Aaron has received city-wide recognition for his moving performances in A Christmas Carol, The Man Who Shot Liberty Valance, The Royale, and Memphis. Among his most significant achievements, he has been instrumental in developing and implementing a policy of Equality, Diversity and Inclusion (EDI) into The Forum’s overall mission.